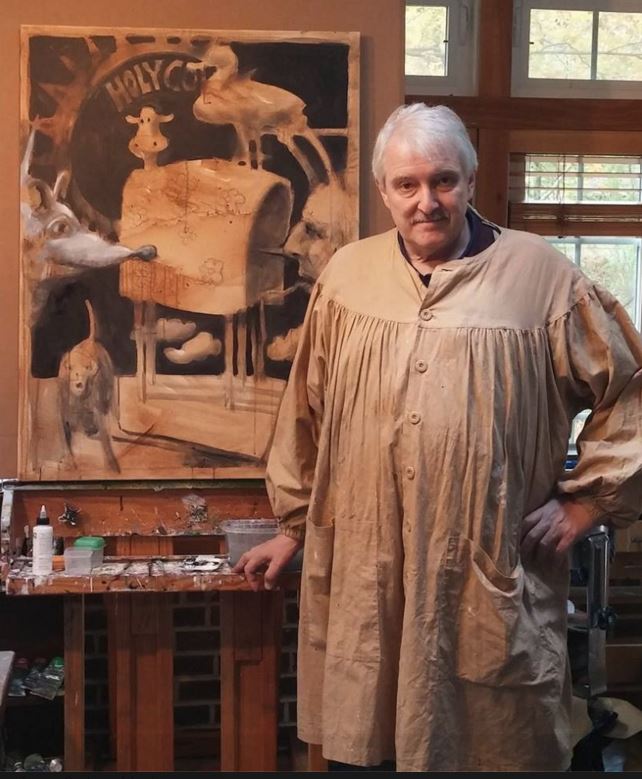 Working as artist, illustrator and cartoonist since 1981.
Published in magazines, newspapers, books; on magazine, book and CD covers; on web sites and in other media (even tattoos) in many countries worldwide.
His drawings and paintings are in private collections in the US, Canada, Japan, UK, Germany, France.

As syndicated cartoonist, he had his gag cartoons appear in many German-language newspapers and magazines.

Born near the German-French border, he worked from Germany before moving to the US in the mid Nineties.

--- Due to an accident that affected both arms, only small works/illustration suitable for print and electronic publications were created from 2016 to 2018 --- No participation in shows until late 2018 ---